Penkhull recently saw off competition from towns and cities throughout the UK to take the honours in the Flag Institute’s FA Cup of Flags on Friday 29 May. The online competition saw Penkhull receive more than 6,000 votes, and following the win, the celebrations and community spirit has continued to thrive.

Stoke-on-Trent artist, Emma Bailey, who is the Director of Emma Bailey Ceramics, designed a porcelain FA Cup trophy replica for the village – a cup sponsored by the Coachmakers Arms, in Hanley.

Flags are being sold online and residents in Penkhull are looking to hold further celebrations in the future. An image of the flag has also been displayed on the Stoke Billboard –  a digital advertising board in the heart of Stoke Town Centre near to the Potbank Hotel. 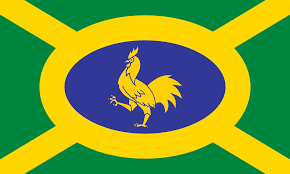 Anthony Bradshaw, who is one the organisers behind the Penkhull Flag and regularly assists the village’s Residents Association, said: “When we got involved with the FA Cup of Flags we never imagined how much support we would receive – it felt like everyone in Stoke-on-Trent and Newcastle-under-Lyme got behind us. It was brilliant and we would like to thank everyone for their support. We have asked the Flag Institute about being involved in the European competition they will be doing and they said we could take part – so we will see. We wanted to do this to celebrate our area and it’s been brilliant.”

Anthony adds: “Emma has been brilliant and she really has done a great job – we are very grateful to her and the Coachmaker’s Arms for their support. What was a bit of fun has seen everyone come together – it’s been a great community spirit!”

Emma said: “I would like to say a huge congratulations to Penkhull, there was great community spirit between the two flags and it was all great fun.

“It’s always an honour to create something for local communities, especially Penkhull. Anthony has so much passion for the village as he does for Stoke in itself, so well done.

“The trophy has been back stamped with Emma Bailey ceramics and The Coachmakers Arms – who sponsored the piece – made in Stoke-on-Trent, England. I also sent Preston a mug as a runners up prize as a gesture of friendship – and it had to be pottery.”

Rob Ledgar, Publican of The Coachmakers Arms – Hanley said: “We saw that there weren’t any permanent plans to recognise the great achievement, that we’d supported every step along the way, of Penkhull winning the FA Cup of Flags. I got in touch with close friend and brilliant paintress Emma Bailey, and offered to sponsor her production of the trophy. Emma, being the generous person she is also mentioned recognition for the gallant runners up Preston in the form of a mug which we agreed would make a great gesture too.” 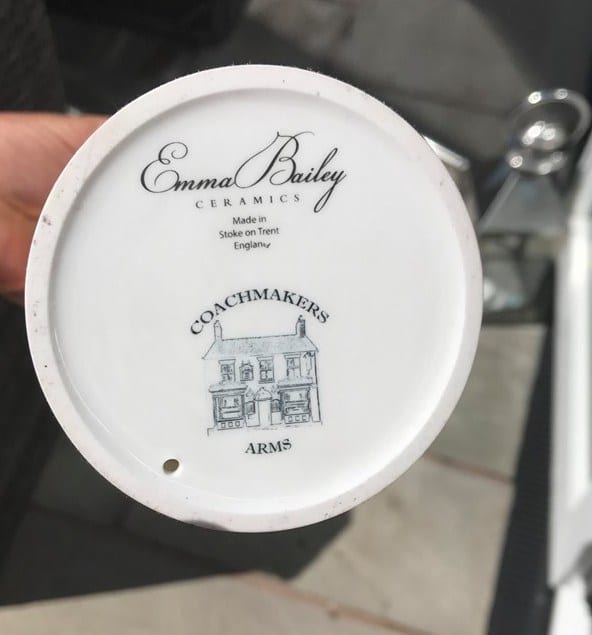 The FA Cup of Flags competition involved voting online via Twitter and after winning the semi-finals a few days before against Bloxwich, thousands of local people got behind Penkhull to see them beat Preston with 52% of the votes.

Local Football Clubs Stoke City and Port Vale, supported Penkhull as well as local MP’s, local businesses and organisations, and media during the online event. The community spirit was electric!

A spokesperson for the Flag Institute said: “Although Penkhull is only a small village, they had a great organisation behind them, raising their game each round until they managed over 6000 votes in the final.

“Unlocking the support of the neighbours was likely key for Penkhull being the last village standing – the others being knocked out in the Quarter Finals – from the Flag Institute’s perspective it was brilliant to see the pride local communities were taking in their flags and the interest neutrals were getting in the competition.”

The Penkhull flag was designed during a village competition two years ago, and is often seen flying from the flagpole in the centre of the village.

Penkhull is one of five places in Staffordshire to have its own flag. The design features art to symbolise the village-like qualities, the Penkhull crossroads, Spode pottery and the weather vane on the church of St Thomas – a common emblem around the village.