Parks and green spaces maintained in Newcastle-under-Lyme have been named as some of the best in the world.

Six venues are among a record-breaking 1,970 sites in the UK, and 131 in 13 other countries, that have received prestigious Green Flag status. The international scheme, managed by leading environmental charity Keep Britain Tidy, celebrates spaces that boast the highest possible environmental standards, are beautifully maintained and have excellent visitor facilities.

Cllr. Trevor Johnson, Cabinet member for environment and recycling, said: “The Council is absolutely thrilled to be recognised nationally, and internationally, for continuing to provide the best facilities for residents and visitors. A lot of effort is put in by council staff and community groups to maintain these areas and I hope people enjoy using them, especially
during the summer holidays.”

Paul Todd, International Green Flag Award scheme manager, added: “Each flag honours the thousands of staff and volunteers who work tirelessly to maintain the high standards demanded by the Green Flag Award. We congratulate each and every winner on their fantastic achievement.” 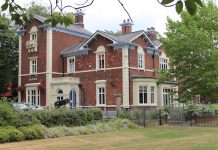 Capturing the Past at the Brampton 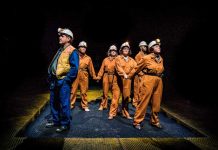 26th April 2019
We use cookies to ensure that we give you the best experience on our website. If you continue to use this site we will assume that you are happy with it.Ok
Near me
40 miles