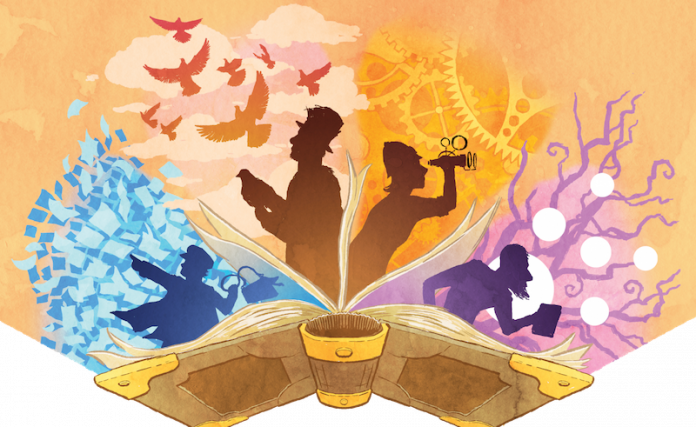 Guardians of a mysterious book will take over Stoke-on-Trent libraries this half term as part of a new project celebrating reading and writing.

The characters from The Mysterious Case of the Four Quarters will take families on a secret mission among the bookshelves as they tell the tale of a magical world facing its darkest hour. These performances will form part of the Adventures With Words project, which also includes more than 800 schoolchildren attending workshops with local authors, illustrators and poets.

The events – put together by Stoke-On-Trent libraries and arts organisation B arts – will run from Monday, October 21 to Wednesday, October 30.

In the first week, pupils from 15 schools will take part in the workshops across six of the city’s libraries. The sessions will include stories, drawing and design, and plenty of opportunities for children to get their own creative juices flowing. These workshops will be led by five fantastic talents, including:

Writer and illustrator Steve Smallman who has published more than 80 books, including family favourites Poo In The Zoo, Dragon Stew and Bear’s Big Bottom;

Poet Jasmine Gardosi, a multiple slam champion, whose work has been featured across BBC radio and at Glastonbury Festival and whose debut collection Hurtz was published in May by Verve Poetry Press;

Award-winning author and illustrator Kate Leake (The Best Chip, Never Say No To A Princess, Who Ate The Cake?), whose tales you may recognise from CBeebies Bedtime Stories or as the illustrator behind the dragon on the Stoke-on-Trent Little Library Van. Kate is particularly excited to be taking part in the schools programme as she will be working with children from the primary school she once attended – New Ford Academy in Smallthorne.

In the second week – during October half term – B arts will invite children and their families to take part in the special secret mission as they bid to solve The Mysterious Case of the Four Quarters. Characters will take over three libraries to tell the story of the Guardians, who have sworn to keep The Book of the Four Quarters safe at all costs. In a world where stories come to life, failure could mean the world is never the same again.

Councillor Lorraine Beardmore, Stoke-on-Trent City Council cabinet member for culture, sport and leisure, said: “This project will be a fantastic celebration of reading and writing that can inspire the next generation to enjoy stories, experience new worlds and create their own amazing tales. This is something that we’re extremely passionate about and we’re delighted that, working with B arts and some incredible creative talents, Stoke-on-Trent libraries’ dedicated staff have been able to make this innovative project a reality. Make sure you don’t miss out – visit your local library this half term.”

B arts creative producer Rebecca Frankenberg said: “We want the takeover performances to be a really surprising, magical experience that brings books to life for audiences. The wonderful thing about getting lost in a good book is you can be sitting at home or school, or in a park or in a library but find yourself completely transported into a whole other world. The performances are really going to celebrate that feeling by letting those worlds take over the library spaces.”

The Mysterious Case of the Four Quarters tickets must be booked in advance by contacting your local library. The performance is suitable for children aged five to 14 and children under eight years old must be accompanied by a parent or carer. Shows last approximately 30 minutes and will move around the library area. More information can be found at www.stoke.gov.uk/adventureswithwords 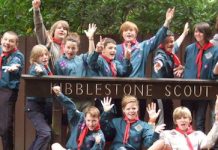 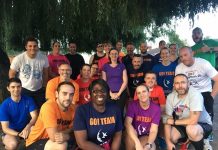 Go with the Team and Run 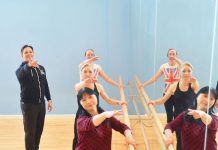 Raising the barre in Newcastle-under-Lyme 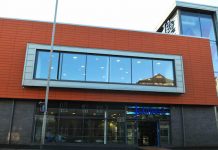 Philip Astley – and a continuing legacy

14th January 2019
We use cookies to ensure that we give you the best experience on our website. If you continue to use this site we will assume that you are happy with it.Ok
Near me
40 miles