Buildings owned by the authority will be stocked with free menstrual products in staff toilets or publicly-accessible toilets after the authority teamed up with North Staffordshire charity Period Power. Period Power has donated 360 packs of sanitary towels and 180 packs of tampons to get the project off the ground and the city council will replenish the stock as needed.

Council leader Councillor Ann James, cabinet member for health and social care, said: “When you speak to food banks, they are seeing a need for these items but they weren’t always being provided because people were embarrassed to ask for them. Women just get on with life while having their period but this provision will mean people accessing our buildings – which can often include homeless people or those facing other challenges – won’t have to face the embarrassment of asking for help if they are caught out by their period.”

The move comes following Period Power’s successful work to improve period dignity in schools in the region, which has led to it supplying more than 80 local schools with products.

Linda Allbutt, one of the founders of Period Power, praised the city council’s willingness to work with them to improve period dignity in the city. She said: “Period Power was officially formed just over 16 months ago after I realised there was a massive problem with many women and girls not being able to afford the correct type of sanitary products. We have spoken to other period-positive organisations and believe Stoke-on-Trent is the first place in England to have a council supporting a project in this way, which is something the city should be really proud of.”

Councillor Ruth Rosenau is also a founder of Period Power. She said: “This is about the council showing it is addressing the needs of the community. If schools are asking for our help because the girls need menstrual products, then obviously their mums and carers probably do as well. Additionally, there are women who have irregular cycles and may start early and not have items with them. This way they can take what they need. We have found that people don’t abuse this free scheme – everyone seems to understand its purpose, and how it exists to help those who need it the most.”

For more information about the charity Period Power go to www.periodpower.org 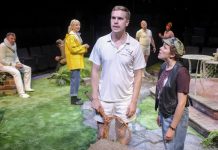 Joking Apart at the New Vic 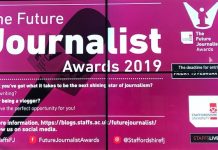 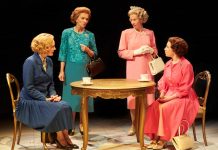 Helping to Make a House a Home – Emmaus Furniture Mine

20th December 2018
We use cookies to ensure that we give you the best experience on our website. If you continue to use this site we will assume that you are happy with it.Ok
Near me
40 miles