A new business networking group launched in North Staffordshire in February is already paying dividends to its members.

BNI Victory officially launched at the Moat House Hotel, Festival Park, with 23 local businesses already on board and referring thousands of pounds of business prior to the launch.

Representatives from around 50 companies attended a launch event which marked the culmination of six months of planning and development by BNI Staffordshire.

“It was our most successful launch yet,” said BNI Staffordshire Director Tony Altham. “Prior to the launch of a BNI group we have a period of time where we invite potential members and work with them and, in this case, we began working on the group last summer. A lot of time is spent building a network and getting potential members to understand the process behind working together to grow each other’s businesses. We’ve recruited fantastic, enthusiastic local people to BNI Victory and they have quickly formed a strong bond. We know that even pre-launch, the group passed over £70,000 in invoiced business which is incredible.” 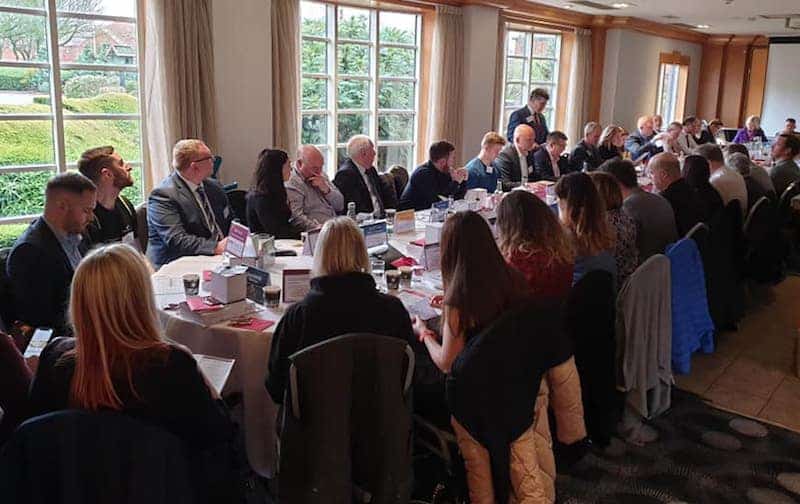 Tony and Stephenie Altham took over the BNI Staffordshire franchise  in 2015, growing revenue for its members to around £10 million a year and doubling membership to around 225 business people. Revenue shared by members is forecast to rise to £13 million in 2020 as the region continues to grow. Ambitious expansion plans forecast BNI in Staffordshire growing to 1,000 members by 2025.

“In recent years, we have worked hard to foster growth in the existing seven established BNI chapters, but 2020 should see several new chapters launching starting with BNI Victory,” said Tony.

“Two of our established chapters now have around 50 members and all eight are expanding and this is growing companies across the area. The health of our established chapters means that we are now able to expand BNI by establishing new groups. I’ve been involved with BNI for over 18 years through my company, adgiftsonline. The BNI philosophy is based around Givers Gain, if I give you business, you will work to find referrals for other members of your network. The BNI Victory members have quickly bought into this and have made around 80 business referrals since the group started to come together. With new members joining, the chapter looks set to thrive, ensuring that companies succeed and have a vital referral pipeline.”

Members meet weekly and are taught to work collaboratively to generate new business opportunities for each other. There are now eight established BNI chapters in the county, two in Stoke-on-Trent, three which meet in Barlaston, one at Leek and one at Acton Trussell, plus new forming groups in Stafford, Penkridge, Leek Moorlands and Lichfield.