Newcastle-under-Lyme artists have been recognised for their creative talents.

A total of 51 winners of the Britain in Bloom children’s painting competition were presented with certificates and prizes from Deputy Mayor John Cooper at an awards ceremony at Keele Hall on Wednesday, 19 June.

The theme of this year’s competition, which was sponsored by The Art Studio in Newcastle, was “Save our Bloomin’ Planet” as part of a programme of projects and events looking at waste and different ways the planet can be saved through sustainable planting and recycling.

Dylan Bryan was the overall winner of the under 10s category. The seven-year-old, from
Merryfields School in Wolstanton, used a cardboard box to make an ocean scene from
recycled materials. The over 10s title was awarded to Cailyn Clark, 11, from St. Margaret’s
Junior School, Wolstanton, for her artwork depicting the world using recycled items. Both pieces were stars of the show at an exhibition held at The Art Studio in April.

Merryfields School was presented with a special award for submitting the highest number of winning entries.

The Council’s annual painting competition is linked to the borough’s Britain in Bloom campaign. Newcastle in Bloom is competing in the small city category of Heart of England in Bloom after an unprecedented year in 2018 which saw it sweep the board in the regional campaign as well as represent the region in the illustrious “Champion of Champions” section of the national UK Bloom finals. 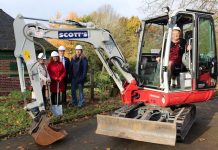 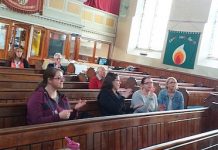 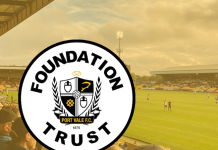 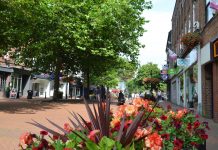 Activities to Celebrate Stories for Half-Term

21st October 2019
We use cookies to ensure that we give you the best experience on our website. If you continue to use this site we will assume that you are happy with it.Ok
Near me
40 miles