Motown the Musical at The Regent

Motown the Musical is an on-the-record account of the meteoric rise, and then fall, of one of the world’s most iconic music labels. Naturally its story is told through the songs which led to its chart-topping success, and this is an all-singing and all-dancing production.

There is however enough dialogue to expand on a love story between the founder Berry Gordy and his protege, one Diana Ross, and to show how the music helped unify communities and reflect the civil rights movement in America.

Motown obviously has been the soundtrack to the lives of many members of the audience, who knew all the words and were ready for a trip down a musical memory lane. Diana (Karis Anderson) even got a couple up on stage (friends Dee and Julie from Forsbrook) to sing along with her, and there was plenty of opportunity for audience participation. Karis was supreme at charting how young Diana turned from a schoolgirl with a dream to be a global superstar, and her voice did justice to Diana.

This is a sympathetic character portrayal showing Diana as human rather than a Divaesque caricature. Another star turn was Cordell Mosteller as Berry Gordy. Gordy, who was inspired to fight for a better life after watching a Joe Louis boxing match, became the victim of his own success as bigger record companies signed up his artistes for megabucks, and along the way he also lost the love of his life Diana.

There is however an upbeat ending, this is a musical after all. Some of the dance routines weren’t quite as sharp as the original Stylistics and Temptations – that’s a near impossible task – but their spirit shone through. A rising musical star is Brando Velho who played the
young Berry Gordy; the young Stevie Wonder and the young Michael Jackson and drew much applause and many smiles for his performances.

The standing ovation proves that Motown the Musical is a big hit with all who went to see it, and I would suggest that if you don’t enter the theatre as a Motown fan, you will leave as one.
Motown the Musical is starring at The Regent, Hanley until Saturday June 1. For tickets please go to www.atgtickets.com/shows/motown-the-musical/regent-theatre/ 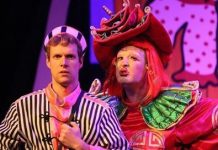 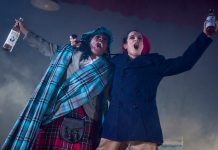 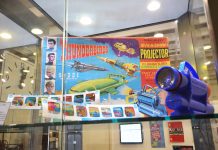 Summer fun at the Brampton Museum 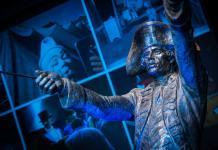 Better Off Dead at the New Vic

Rock of Ages – The Regent