Little did Darla Jade know, at age 5, that 1980’s pop song Eternal Flame was going to be the start of something quite special.

At age 4, Darla started to find her singing voice, a year later her mum Lorraine taught her the words to the aforementioned Bangles song and the rest they say is history…

Singing came into Darla’s life from a very young age – some might say whilst in the womb – and has never gone away. The love for music and lyrics grew as Darla grew and now at age 20, this super-talented young woman has released a single – This Time – with hopes of an album in the near future.

“I’ve only been writing a couple of years,” says Darla. “I’m still an early artist, but after I went to a songwriting camp last September I really threw myself into writing a lot more music! I released a new single on the 19th April and I’m going to Thailand, where I will be writing and working on an album worth of songs. At this stage its too early to say whether it will be released as an album, it depends on the body of work and if it would fit as an album, but I’m very, very excited for it!”

Darla, of Stoke-on-Trent, currently centres her music on pop and performs weekly at various venues throughout Staffordshire, as well as all over the country and more recently performed at the Lymelight Festival in Newcastle-under-Lyme where she performed her new single.

“My music is very much my full time job now – although I do a few hours a week working in retail,” says Darla. “I gig every weekend and then work on my own music in the week too. I perform at pubs, clubs, weddings or corporate events and I also attend one or two local open mic nights a week. At the open mic nights I can test out my new songs and support other local musicians as I think that is really important in this industry! The Limelight Festival went really well and Jay Johnson played guitar for my new tracks including This Time!”

Darla adds: “I do write my own songs and many of them are also co written, so very collaborative which I like. Usually when I go into a session I will have already thought of the topic and come up with an idea for it which then we can develop and finish.”

Darla admits the passion and talent for singing and music came from somewhere within – but is unsure how it got there.

“I don’t really know why I started singing because I don’t have anyone musical in my family – although my mum used to sing on the karaoke when she was pregnant with me so who knows,” says Darla. “My mum has been my inspiration – she was the one that taught me my first song!”

At age 20 Darla is now on a path of her own, in which the sky is the limit and dreams of a worldwide tour might be closer than she thinks for this Eternal Flame!

“I’d absolutely love to be able to travel around different countries on a tour – this would really be a dream for me, but at the moment I need to work on the music and then release it and see where it best connects,” smiles Darla.

**Darlas latest single This Time can be found on iTunes, Spotify, Google Play and Youtube. 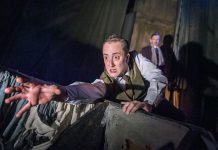 The Woman In Black at The Regent 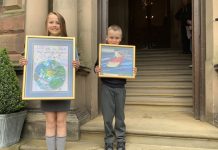 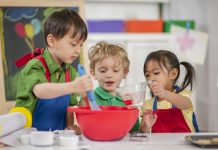 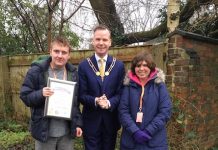 16th May 2018
We use cookies to ensure that we give you the best experience on our website. If you continue to use this site we will assume that you are happy with it.Ok
Near me
40 miles