Phoebe Phillips is a Global Media and Culture Student at Keele University and has been on work experience with Baba Baboon. Here Phoebe delves into Veganism in 2021 in her first Guest Blog for Baba…

“It has been reported that the number of people who describe themselves as vegan has risen 350 percent in the UK in the last decade, and 600 percent in the US in just three years! With veganism getting more airtime time than ever, inevitably there are numerous meat free trends that have been implemented into everyday life. But what are main causes of this increase? How does living in the digital age contribute to this?

Here I explore some of the most recent vegan releases and symbols that have aided the increase in the movement as a whole….Phoebe 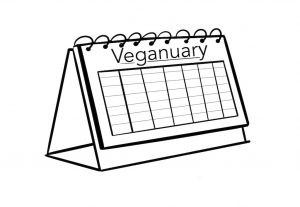 Veganuary encourages people to follow a vegan lifestyle throughout the month of January and is run by a UK non-profit organisation that promotes and educates about veganism. The Veganuary website is a community for people to gain food inspiration, communicate with one other and gain knowledge of veganism through blogs and different hubs. In 2021, a record of over half a million people took part in Veganuary with more than 825 new vegan products and menus were launched for Veganuary 2021. Even after the month of January, reports estimate that around 1.5 million people in Britain have adopted a more plant-based diet.

In 2019 Greggs released their first vegan product as part of their Veganuary contribution.The demand became so high, that customers were even bidding £7 for the meat free sausage roll on eBay with many people claiming it is tastier than the original product! (Apparently.)

Gregg’s unconventional marketing strategies also capitalised on the popularity of Veganuary by placing vegan rolls in mock iPhone packaging to portray them as the new most wanted and best thing. Since the success of the product, the bakery chain has announced that it will release vegan versions of all of its other best-selling products.

At a time when veganism is booming, veganism as a genre of books has become increasingly popular. From Jamie Oliver to Ferne Cotton, plant-based cookbooks are becoming the best guide for leading a healthier and more balanced lifestyle. Some of the best-selling vegan cookbooks include ‘But I Could Never Go Vegan!’ by Kristy Turner, ‘Vegan on a Budget’ by Olivia Biermann and ‘Oh She Glows for Dinner’ by Angela Liddon.

Seaspiracy is one of the most recent documentaries on Netflix that showed the effects that the industrial scale of fishing is having on the planet. The programme has received mass attention on Twitter and news outlets around the world. Whilst many viewers on the programme have vowed to cut fish form their diet after watching the film, its claims that oceans will be virtually empty by 2048 if such fishing rends continue have been criticised for oversimplifying a complex issue. However, it can be praised for prompting conversations about our human footprint in order to gain long term solutions for individual welfare and the planet as a whole.

Other Netflix documentaries that have encouraged a more plant-based diet include: Cowspiracy, What the Health and Okja.

Social media is a large factor in the rise of the vegan lifestyle. Celebrities that hold great influence such as Ariana Grande, Miley Cyrus and Ellen DeGeneres are just some of the well-known figures who don’t eat animal products and promote this regularly on their platforms. Not only this, Digital trends such as hashtags has made vegan-based content more accessible, as the increased number of platforms for sharing has opened new channels for people to post about their experiences. For example, #vegan has more than 100 million posts listed on Instagram alone.

What can be found in Staffordshire?

Thanks for reading my first guest blog on BabaBaboon – Phoebe

I will be back soon with another Guest Blog (All images/graphics by Phoebe.)