Legendary DJ Pete Tong is heading to Spode Works in Stoke-on-Trent – the latest big event to be held at the iconic venue.

One of Britain’s most recognised DJs – he will follow in the footsteps of DJ Sasha and Annie Mac – who have both performed to sell-out dance nights at the site in the last 15 months.

Around 1,000 tickets are available and are now on sale for The Move – District 3 on Saturday, November 30, which is purposefully being held in a smaller space on the 10-acre site than previous events in the China Halls. It is being put on by organisers The Move, with the support of Stoke-on-Trent City Council.

Tickets for The Move – District 3 are currently available at a discounted early bird rate of £16.50 online at www.skiddle.com. It will run from 9pm to 6am and is for over 18s only. Other DJs playing on the night include Darius Syrossian, Manu Gonzalez, Pete Bromley and Matt Erst.

Lee Fredericks, Potteries-born DJ and event promoter, said: “Pete played in Hanley last year for the first time in 15 years and we said after that we would love to bring him back and put him on at Spode Works. To get such a legendary name in the industry like Pete coming here is a real coup for Stoke-on-Trent and we’re all very excited for it, especially with it being in a smaller space on the Spode Works site compared to the China Halls. With events like this, our top priority is to keep Stoke-on-Trent on the map and bring people here, and I think we’re doing that. There’s still a real buzz around Spode Works and the venue has had a great reaction from the public, as well as the DJs who have played there. This will be the seventh dance event we’ve put on at Spode Works and we’re very lucky to have such an iconic and unique space on our doorstep.”

The dance night is the latest in a string of activities to take place at Spode Works in recent years. The five-week long British Ceramics Biennial has just ended at the site’s China Halls, which is also hosting The Move’s annual Halloween Warehouse Special dance event on October 26. And the China Halls will also welcome crowds to the 39th Stoke-on-Trent Beer and Cider Festival from November 7 to 9.

Cllr Daniel Jellyman, cabinet member for regeneration, transport and infrastructure at the city council, said: “It’s great to see another big name DJ coming to play at Spode Works, on top of all the other exciting events that are taking place at the venue. It’s proving to be a very popular space for a range of functions, with more events in the pipeline and enquiries coming in on a regular basis. There’s nothing else like it not just in the city but for miles around, and its uniqueness has been one of the reasons behind its popularity and success.

“One of our key priorities has been to invest time and money into bringing the Spode Works site back to life with a modern day purpose, and we’re really pleased with the progress made with the creative village concept which has seen artist studios, a hotel and a café added to the site. Spode Works has so much potential to be a catalyst for regeneration and we are starting to see that potential being realised. The events the site is hosting are bringing in thousands of visitors to the area, who might have a meal while they are here or decide to stay over and make a night or weekend of it, which benefits our local businesses and the economy.” 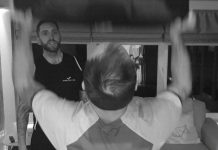 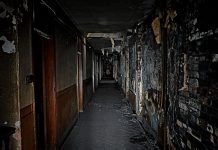 A Friday Night Feast of Fear 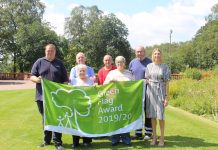 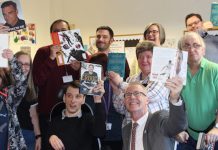 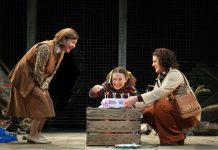 My Mother Said I Never Should – New Vic

5th April 2019
We use cookies to ensure that we give you the best experience on our website. If you continue to use this site we will assume that you are happy with it.Ok
Near me
40 miles