Youngsters from Newcastle-under-Lyme are keeping their fingers crossed that they could enter the Guinness Book of World Records.

They attempted to create the largest ever human fleur-de-lis whilst taking part in a scout camp in Kibblestone, Staffordshire.

A total of 501 people took part in the bid to create the symbol of the scout movement. The current record involved 445 participants and was achieved at CarFest North (UK) in Bolesworth, Cheshire, last year. Bear Grylls made an appearance at that attempt which was part of an event organised by DJ Chris Evans.

Vera Bloor, District Commissioner for Newcastle-under-Lyme, said: “Chris is a Scout Ambassador and we thought it would be great to organise our own attempt at the record and give him a run for his money. It took a huge amount of organising and we are now waiting to hear from the Guinness Book of World Records that all of the evidence we have submitted makes us the new world record holders.”

Children aged from just under six to 18, as well as volunteers, from 14 different scout groups across the Newcastle district took part in the camp and the world record bid. Apart from creating the giant fleur-de-lis the youngsters took part in a weekend of fun which also involved an It’s A Knockout event as well as creating an international theme to the occasion with each group learning about another country and doing activities linked to it.

A special visitor to the record attempt was Cllr. Simon White, the Mayor of Newcastle-under-Lyme, who is President of the borough’s district scouts. He said: “The young people that took part had a wonderful time and we all have our fingers crossed that the record attempt will be verified and this fantastic effort helps to raise the profile of our borough. The Kibblestone camp was organised by volunteers and without them none of the activities and enjoyment that these youngsters get by being involved in scouts would happen. If anyone wants to get involved and play their part by volunteering we would love to hear from them.” 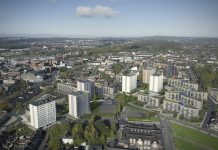 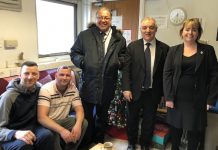 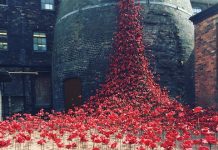 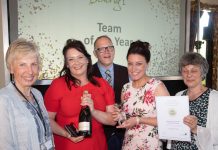 21st January 2020
We use cookies to ensure that we give you the best experience on our website. If you continue to use this site we will assume that you are happy with it.Ok
Near me
40 miles