Belong Newcastle-under-Lyme helped to mark the start of the two-day North Staffordshire tour of The Queen’s Baton Relay and welcomed the baton by fusing history and modern-day community spirit in the lead-up to the Birmingham 2022 Commonwealth Games, which start on the 28th July.

Belong co-founder, Tracy Paine, who was recently awarded an MBE for services to dementia care, carried the baton through the Belong Heritage Gallery, located within the dementia specialist care village on Lower Street. The venue charts the building and town’s rich history from the 17th century, through to the popular 1980/1990s Maxims nightclub, linking the past and present through a range of interactive reminiscence displays.

The collective relay campaign began back in October last year and has been designed to ‘ignite hope, solidarity and collaboration’, as it toured the 72 Commonwealth countries. Making the journey through the Lower Street care village and gallery, Tracy and the baton met with a number of local guests.

The baton then moved to the Belong Heritage Gallery, beginning in Samuel Bell’s Tea Rooms – which is themed around the building’s ancestry as the town’s only pottery (1724 – 1752), before being greeted with circus performances from the famous Van Buren family, creators of the town’s AstleyFest, an annual celebration paying homage to the father of modern circus, Philip Astley.

The Old Pomona Inn, a recreation of the former pub once housed in the building in the late 19th and early 20th centuries played host to the next stage, before a brief ‘hello’ with the care village’s residents in their onsite exercise studio.

Finally, Tracy parted with the baton for its subsequent phases of the England circuit, culminating at the games’ opening ceremony at Birmingham’s Alexander Stadium on July 28th. 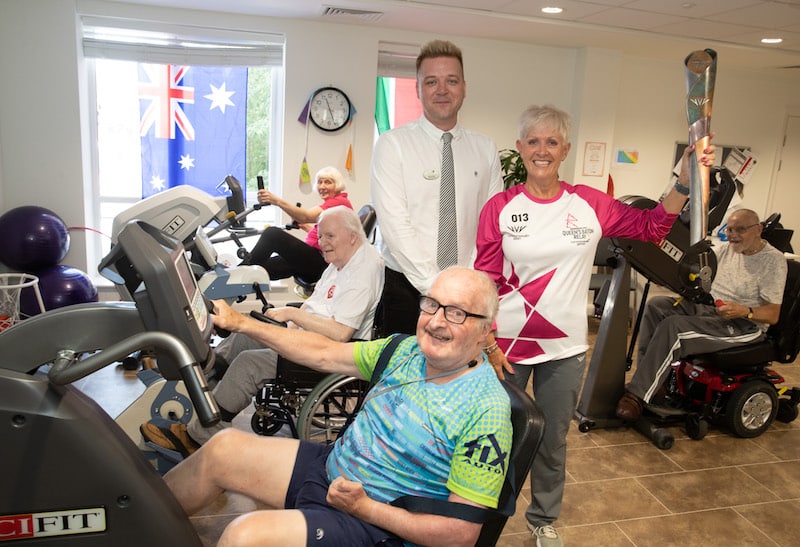 Batonbearer, Tracy Paine MBE, from Sandbach, said: “I’m honoured to have carried the baton as part of the Queen’s Baton Relay. It’s especially meaningful that it was carried through the care village, a place that means so much to me, Belong colleagues, customers and the community. Seeing everyone come out today and share in the celebration was spectacular and it really paid tribute to what the event is about.”