Shaun has been travelling to Cavelossim, which is an Indian village in South Goa, for six years and after seeing the rise of children fending for themselves on the streets in the main towns, the company director wanted to help make a difference.

“When I was last out there I noticed a lot of the youngsters were wearing football shirts from all different teams and countries and I knew I had to do something with my company Sherlock Homes,” said Shaun, director of the Newcastle-under-Lyme lettings agency.

“We opened up a suitcase for donations and then the idea grew to me wanting to take boxes of kit out to them the next time I visit the country. I contacted the Port Vale Foundation, explained I’m a massive Port Vale fan and what my idea was and they’ve been outstanding in what they’re giving me. The charity ASRO make sure children are safe and taken off the streets, away from abuse and exploitation and having seen it first-hand I had to do my own little bit.”

Shaun will be working alongside the charity ASRO – which was founded in 2008 and is a combined hospital and orphanage caring for children up with HIV – to distribute the shirts. The children in the orphanage are often left behind when their parents pass away, relatives do not have the resources to take care of the children and in most cases they are sadly not welcome back if they are HIV positive. One of ASROs main goals is to reach out to village schools and churches with information about HIV and try to reduce the stigma surrounding it.

Tom Sherratt, Head of Community at the Port Vale Foundation said: “As soon as we heard about what Shaun was planning we knew we had to help. We are going to be donating a number of Port Vale merchandise including match kits, training kits, pencil cases, stationary and we’re also going to send some footballs and other sports equipment for the children to play with. We’re looking forward to hearing all about it upon Shaun’s return”

Anyone who would like to donate any football shirts can drop them off at Sherlock Homes, 84-86 George Street, Newcastle-under-Lyme ST5 1DN by December 10th at the latest. 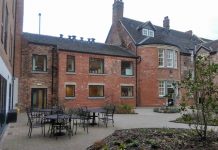 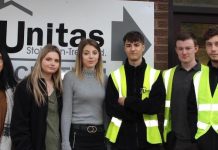 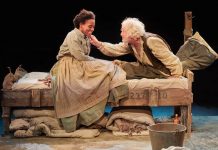 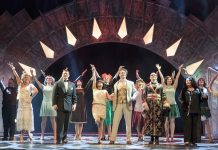 A Leopard With No Spots To Change

29th December 2017
We use cookies to ensure that we give you the best experience on our website. If you continue to use this site we will assume that you are happy with it.Ok
Near me
40 miles