Luke Biddulph and Alex Chafe – two DJ’s from Stoke-on-Trent with two minds and talents which combined is seeing them make firm inroads into the Tech House music scene.

Former Sports Therapy Graduate, Luke first took his hands to the mixing tables at aged 13, but it wasn’t until he was a student at Staffordshire University six years later when he plucked up the courage to play in front of an audience.

“I kind of self taught myself through trial and error”, says Luke. “I had my first set of decks at 13 off my mum as a Christmas present, then when I went to Uni I brought myself some more decks and I kept practising and eventually gained the confidence to play out in front of people.”

Luke’s first interest was playing Dance music which later developed into House and it was whilst studying he was offered his first residency at a local nightclub in Stoke-on-Trent.

“I knew someone who owned a nightclub and I kept asking for him to give me a slot there and eventually he agreed and I never looked back,” adds Luke.

In 2016 Luke started to produce his own music and after becoming involved with promotional brand – Bonanza – he was introduced to Alex in 2017.

Alex, a former Music Technology Student, had been using decks since the age of 15 practising in front of friends and family before landing a slot of his own at the Brown Jug, in Newcastle-under-Lyme.

“I’d been playing at Trentham Rugby Club and I’d done a few house parties but when I was 18 I got to play at the Brown Jug and then I got introduced to Bonanza and met Luke,” said Alex, who also has been producing his own music for three years.

“We met before the first Bonanza night through our friends and we got talking about Luke showing me some of his music. We met a few times but we didn’t really start looking seriously at anything until December 2017.”

Luke and Alex soon realised they could help each other and formed as a duo seeing Biddy & Chafe born in January 2018.

“We met a few times, we got on well and after several conversations we decided to work together,” smiles Luke.

“It was strange for me at first because I’d always been on my own. But my strengths are Alex’s weaknesses and vice versa. We got on really well and it made sense to work together.”

Alex mirrors Luke’s words and adds: “I’ve learned a lot from Luke and other people, and yes my strengths are Luke’s weaknesses. We help each other and we work well together.”

Biddy & Chafe have since gone on to perform in front of hundreds of people at events including the We Are FSTVL, in London, HQ in Blackpool and also as resident DJ’s in Stoke-on-Trent as well as releasing three of their own tracks on Sound Cloud.

Luke said: “To play in front of a packed room like at HQ was just great. We didn’t know those people and to make a room full of people like that dance it was just crazy.”

“Going from resident nights where you play in front of a lot of your friends to a room where you don’t know anyone and getting good feedback from people is just brilliant, it really gives you that buzz to keep going,” added Alex.

Biddy & Chafe receive support from Bonanza, which is owned by Josh Probert and Toddy Jay, and they played at the promoter’s first birthday special at the Victoria Hall, in Hanley in 2018. The DJ’s are now set to play on the Sankey’s 25th Anniversary tour line up in Sheffield in April.

Luke and Alex – two talents combined to produce Biddy & Chafe who after hours spent practising with decks in their own homes are now branching out into the wider DJ’ing community! 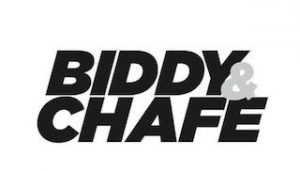 VOLUNTEERS are to be recognised for their hard work and commitment in supporting others during the coronavirus pandemic....

More than 250 applications have been received for a £2.8m grant scheme to support small businesses through the coronavirus...

Mum of three Teri Elder launched her own not for profit Community Interest Company following a growing network she started on...

4,000 food parcels delivered and 7,500 calls handled by campaign to help vulnerable through coronavirus

A campaign to support vulnerable people through the coronavirus outbreak has delivered 4,000 food parcels and handled 7,500 calls....

A Stoke-on-Trent charity, who had to suspend the majority of its services when the coronavirus struck, has been busy supporting a...

Reassurance given to schools and £2.8m boost for small businesses

Schools are being reassured that if they need additional public health support to help them with reopening they will receive it....

A scheme to improve the public realm and paving around Stoke-on-Trent’s main railway station, including the planting of 13 new...