The unique redevelopment of a derelict site – involving an historic building once home to an iconic nightclub – has scooped two accolades in a competition.

Belong Newcastle-under-Lyme, in Lower Street, Newcastle, has won the new building and conservation/refurbishment commercial categories in the Civic Awards 2019. The biennial initiative, run by the Borough Council and Newcastle-under-Lyme Civic Society, celebrates the major roles that good building design and land development play in enhancing the borough.

Belong – based on the former Maxim’s site – provides 24-hour nursing and dementia care facilities for 72 residents in six households, 28 apartments for independent living and a
range of community facilities including a bistro, exercise studio, therapy room, hair salon
and a unique heritage gallery. The judges were impressed with many aspects of the
scheme, including saving a listed, 17th century building at risk, and were particularly pleased with the extension and its contribution to the townscape in Newcastle town centre.

Castle House in Newcastle and the Caudwell International Children’s Centre, based at
Keele Science Park, both received commendations in the commercial category for new
builds. Judges praised the functionality of Castle House and its impact within the town
centre and were impressed with the innovative design of the children’s centre involving
youngsters who will be using it. Camp Hill in Baldwins Gate was declared the best
residential new build, with Basford Villas being commended.

Meanwhile, the stunning Queen’s Gardens in Newcastle was victorious in the “landscaping” category in recognition of simple but effective street furniture and horticultural excellence which has created an impressive setting for Castle House.

Cllr Paul Northcott, Cabinet member for planning and growth, said: “This is a fantastic
scheme, delivered by the Council and Civic Society, which celebrates the contribution that excellent architecture and planning provide to making Newcastle-under-Lyme a great place to live, work and visit. There are many shining examples in the borough but the winning developments are particularly outstanding. It’s very pleasing to see Belong win two awards and Castle House receive recognition.”

The Worshipful the Mayor of Newcastle-under-Lyme, Councillor Simon White, will present the winners with plaques and certificates at an awards ceremony at the Belong Heritage Centre on Thursday, 28 November at 5.30pm. 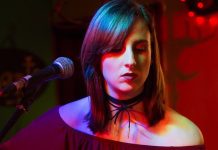 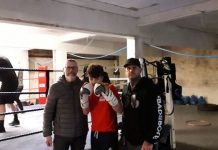 Bidding to Box away knife crime in Stoke-on-Trent 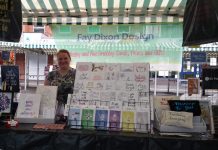 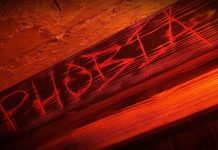 Guildhall in Newcastle-under-Lyme to become a Community Hub

14th December 2018
We use cookies to ensure that we give you the best experience on our website. If you continue to use this site we will assume that you are happy with it.Ok
Near me
40 miles