Joanna, of Stoke-on-Trent-based Toland Photography, has donated examples of her work to the maternity unit at Leighton Hospital, Crewe after winning acclaim for her new born, baby and maternity photography.

Professional photographer Joanna was moved to help the hospital after meeting midwife Clare Street. She explained: “Clare said the midwives had been working with the hospital to improve the maternity unit by creating a calm and peaceful environment, using mood lighting and we came up with the idea of donating four large photographs. One canvas is in reception and three in the maternity suites and, following feedback from visitors, we are now looking at adding more. As a young mum, I was delighted to help and I hope the photos provide inspiration to mums to be and help them realise all the pain will be worth it.” 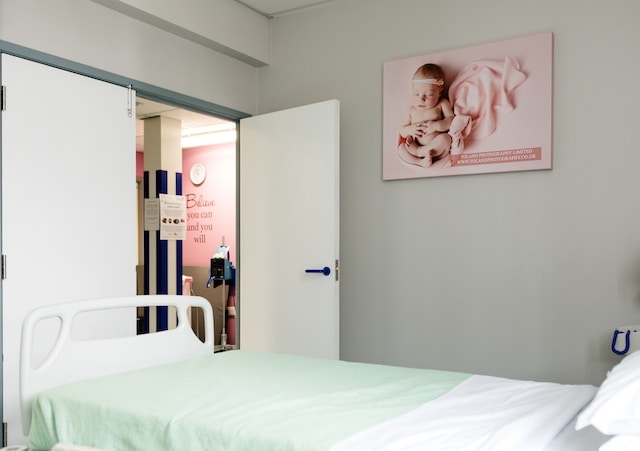 Joanna has since returned to the unit to support staff on National Midwifery Day, providing a gallery of photographs for them to use on social media. “The large canvas photographs have generated interest and, while I did it to give back to this amazing NHS service, I have even had enquiries, so it has actually been good for business,” said Joanna, a Guild of Photography award winner.

Joanna founded Toland Photography in 2014, but her passion for camera work was sparked while working as a teacher and sports coach at the Seoul Foreign School, South Korea. While coaching sports teams, Joanna wanted to showcase their achievements and took the decision to invest in a good camera. This led to a major career change and Toland Photography now shares a studio in Tunstall with film makers Reels in Motion.

“I started to work as a second photographer on shoots and life behind the lens quickly became my first love. My business is now established and includes new born and baby photography, maternity shoots, weddings and corporate photography. I relocated from London to North Staffordshire in 2017 and the business has really taken off here.”

Bringing a Festival Guide to Newcastle-under-Lyme

More than 27,000 contacts made to 24-hour mental health support service